St Andrew’s Children’s Society celebrates its centenary this year, 2022. This adoption and fostering agency has helped vulnerable children ever since a group of Catholic women, under the leadership of Lady Margaret Kerr, was formed in 1922 to offer support to unmarried pregnant women and their babies.

We’ve offered a variety of services

Over the years the scope of their work has varied, including among others:

Our name has changed but our commitment hasn’t

The name of the group also changed. It has been known as

And since 1983 as St Andrew’s Children’s Society.

The work, however, has never stopped and has always been in response to the needs of the vulnerable in our country.

St Andrew’s Children’s Society has had many homes in the last 100 years. Various sites in Edinburgh including

How I became involved with St Andrew’s Children’s Society 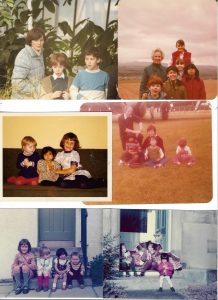 I have been involved with St Andrew’s Children’s Society for 55 of the 100 years, since my husband and I applied to adopt a baby in 1967.

After several meetings with our Social Worker, Jo Landgrebe, we were accepted as adopters and welcomed our first daughter in 1968. Over the next 10 years we adopted another four children and have never regretted our decision, although as all parents know, there can be days when you question your sanity in ever having children!

The important role of the Adoption Panel

In 1982 I was asked to join the Adoption Panel, which advises on the suitability of adoption applicants. Like my husband and I, most, but not all, applicants apply to adopt because they are having problems conceiving a birth child. As an adopter myself, I understand the great longing to parent a child, but the Adoption Panel must always put the needs of children first, and occasionally must advise that prospective adopters may not be able to meet the extra needs an adoptive child brings to a family.

Adapting to changing needs in society

Before the commencement of the Abortion Act 1967  most children placed for adoption were very young babies, whose single mothers did not have support to keep their child. After April 1968 the number of children being placed for adoption fell gradually, and St Andrew’s Children’s Society had to consider its future role. We continued to support a number of pregnant girls who did not wish to terminate their pregnancies, and we were aware that, while there were very few babies needing a new family, there were hundreds of children in the care of Local Authorities who needed new permanent families. The decision was taken to continue working to support these children and the families who adopted or fostered them. The Adoption Agencies Regulations 1983 meant all adoption agencies had to be registered, inspected and employ qualified social work staff, and at that point St Andrew’s Children’s Society was formally registered as St Andrew’s Children’s Society Ltd.

We know that children who are taken into the care of Local Authorities have suffered neglect and abuse, and can find it very hard to trust adults. The preparation of adoptive parents nowadays is therefore longer and more intensive, and support after a child is placed can be needed for many years afterwards. Knowing that these children have suffered so much, we do all we can to ensure they have a happier safer future, and this means that adoptive parents must feel comfortable in asking for support from St Andrew’s Children’s Society and other therapeutic professionals. St Andrew’s Children’s Society has developed lots of supports so that families can turn for help whenever it is needed. I have the greatest admiration for those families who adopt children who have experienced trauma in their early lives and who are willing to help their healing over many years.

They understand the importance of child development

There is so much more understanding of child development nowadays and of the therapeutic work which can help alleviate damage children have suffered, and on a personal level I have benefitted so much from my involvement with St Andrew’s Children’s Society.

Child development was not as well understood in the 1970s… 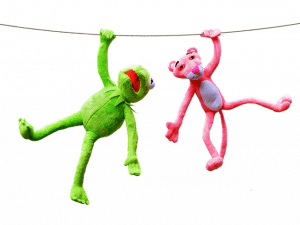 The importance of a child making healthy attachments was not understood in the 1970s, and so we struggled to understand the insecurities of our child who spent his first year in a children’s home, with no secure attachments to anyone. Within a few months of his joining our family we moved house and then he had a further change when we went on holiday. For years later he dreaded holidays and really acted up before we went, enjoyed a few days of holiday then started worrying about moving back home again. And we really did not know why!

One of our children has a parent from Asia, and again, there was little understanding of how important a person’s roots are. We thought that with our love and support we could give security, but more involvement with her cultural heritage would have given her more confidence when she experienced racial abuse outside our home.

Our youngest child has learning difficulties and lived in several places before we adopted him at two and a half. Again, we went on holiday a few weeks after he joined us! He spent that holiday clinging to me, as the strongest link to his foster carers, and I was too proud to admit how difficult I found this needy little boy. As it was, our friends thought we were mad to be adopting a fifth child. Only later, with my involvement with St Andrew’s Children’s Society did I begin to understand some of the issues he had and still suffers from.

Preparation of families is so much more informed nowadays and can take longer, but despite the impatience to move in the process, most adoptive parents really appreciate this preparation time especially after a child is placed with them. What really matters is knowing that families can ask for help, no matter how many years have passed since a child was placed – I have done it 50 years later!

One thing my husband and I did get right was being honest with our children about their journey to our family and telling them often how much we loved them. We had the ‘Baby Story’ which was repeated countless times. It began with us, a couple who wanted to share their love with children but no baby came, and it followed with the story of each child joining the family. We had been advised to tell our children of their adoption, but had not realised how often that telling would be. We found that at various times – about the time they started school, then about age 9 or 10 and again in early teens the story was needed again and again, and with five children that was lots of times. Hopefully it provided some of the security we did not know how to provide in other ways.

I can only say that with our five children and nine grandchildren, I feel very blessed to have contacted St Andrew’s Children’s Society 55 years ago.

Former Chairperson & Agency Decision Maker at St Andrew’s Children’s Society who worked for the adoption and fostering agency on a voluntary basis for 50 years.